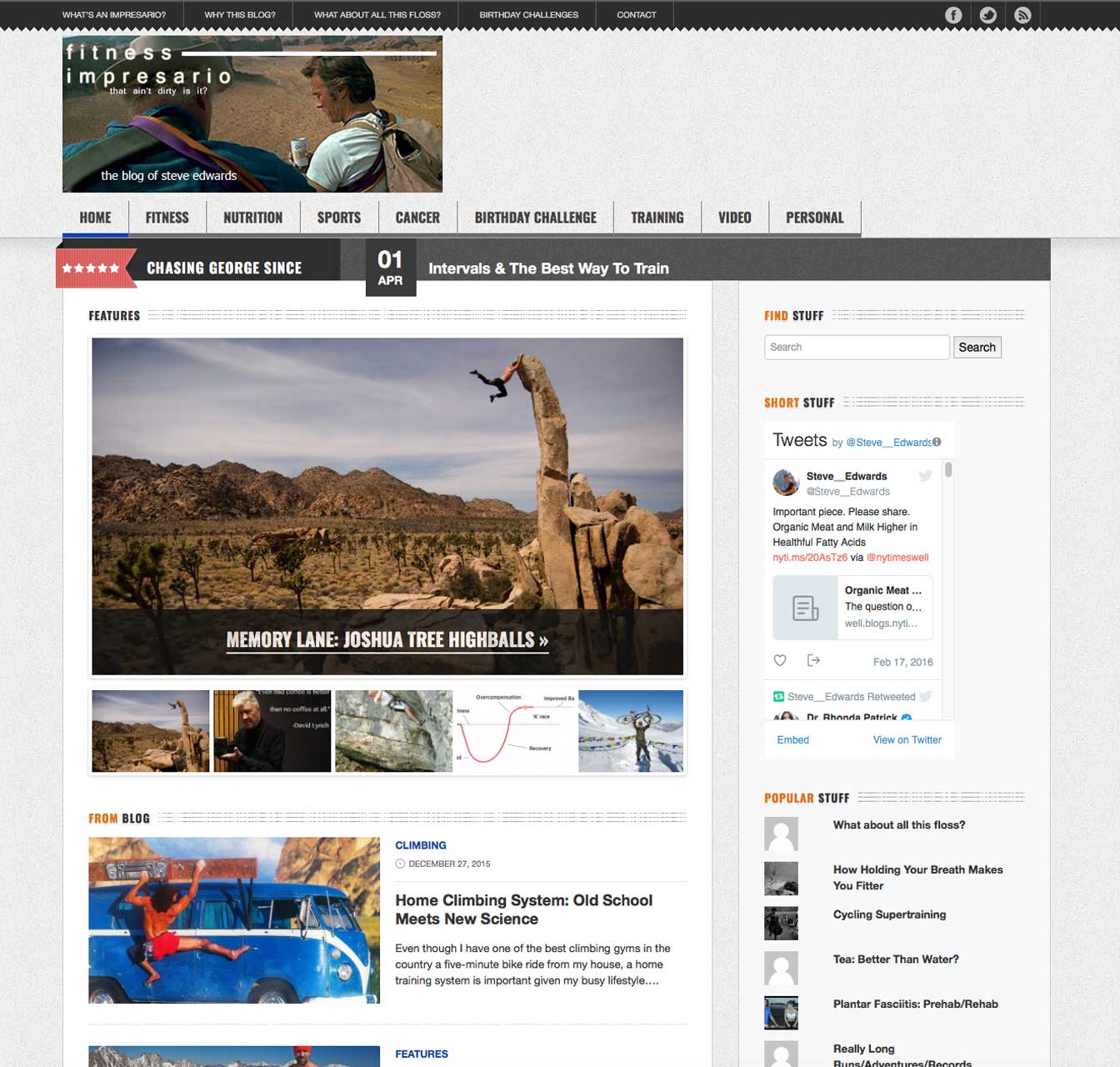 Aucutt Design helped Steve develop his personal fitness blog which focused on all aspects of health and has a very large following. Steve was an avid climber and extreme athlete so this blog was also a way for him to focus on his love of these sports. Steve was lost to a rare form of cancer in 2015 but his blog is a historical reminder of his contribution to the fitness world and has thousands of entries which is a fitting biography that remains alive today.